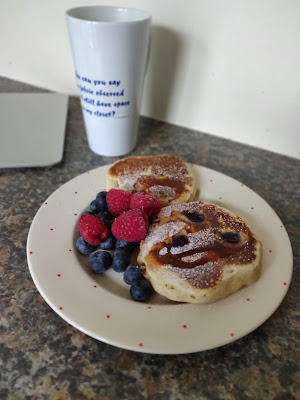 Now retired, every now and again I like to have a more lazy than normal morning, and have started making these on an occasional basis!

I have since been playing about making with Cups so I don't have to get the scales out, and have now made this with just under a cup of flour.  I then added the egg and some milk.  Then just added milk to make the mixture and didn't measure milk at all.  I also only added a teaspoon of sugar.


Optional to add:
1 tsp cinammon
Vanilla Essence
Banana (mashed) - I had one that was going in the bin.
Blueberries

Get all the dry ingredients in a bowl and mix together, I initially used 1 tbsp of each dark muscavado sugar and 1 demerara, I would stick to the lighter sugar next time as it made the mix too dark for my liking, especially as I added cinnamon. 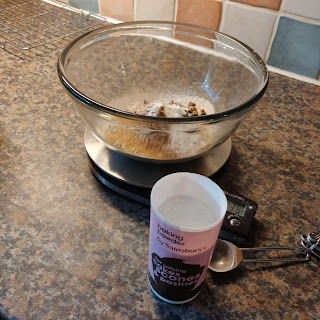 Once they are combined add the egg and some of the milk, whisk together it soon sorts itself out, the mix needs to be fairly think otherwise it will spread too much in the pan, so you may not need to add all the milk, I didn't as my egg was large.

Add some fruit if you fancy, or leave plain and serve later.  I like to add some blueberries :) 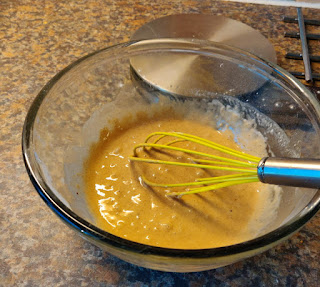 Before you start cooking I would get all of your servings at the ready as they are better eaten hot.  Maybe put the oven on low, and as you cook them keep them warm in there so you can serve all at once.

Get your pan hot, you can fry in butter/oil, I just dry fried mine, I like to save a few calories here and there!

Add a big spoonful, and let it settle in the pan on its own, it should make a rough round.  If it is too thick you can always add a drop of milk to the remaining mix.  I turned my heat down to let them cook through.

I made 6 - ate 2 and have frozen the rest, they are fine from the freezer - although I do pop them in a dry frying pan to crisp up. 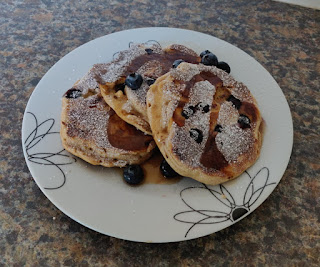 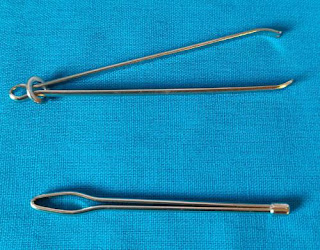 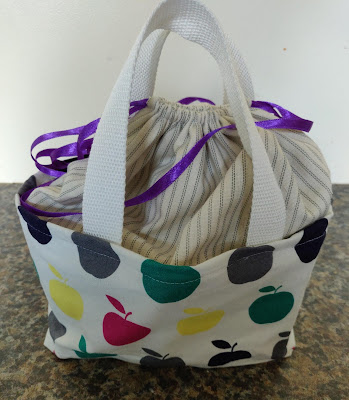 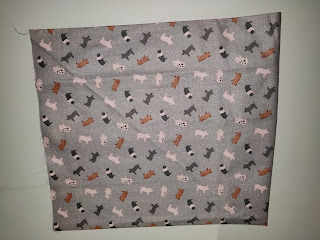 I decided to have a mission and visit the local fabric shops in January!  I am pleased with all my purchases.  All the shops have a range of knitting yarns too (BSK only for knitting machines)